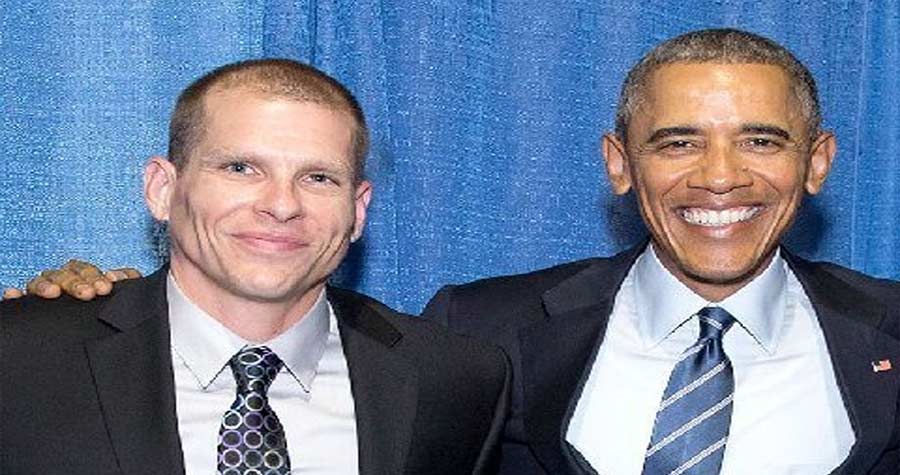 Recognized By President Obama For Turning His Life Around, He Seeks To Help The Formerly Incarcerated Find Their Path In Life

When President Obama singled out Jeff Copeland as an example of someone who was turning his life around, with the support of initiatives like the Reentry Support Project of Community College of Philadelphia, the troubles that landed him behind bars seemed a distant memory.

A nasty drinking habit led him to six DUI arrests, the most recent of which, in 2009, put him away for 18 months. But now with the instant celebrity of meeting and being held out as a national example by President Obama in a major speech, Jeff Copeland has widened his horizons from turning his own life around to helping so many others who find themselves where he was just a few years ago.

For many years Jeff had worked for Woodland Building Supply Company and was good friends with owner Larry Reese. After several instances of excusing and overlooking Jeff’s excesses, Larry finally had to fire him as his drinking and legal issues spiraled out of control.

The two remained friends and Larry continued to support and encourage Jeff to find a better life path. Now that Jeff has completed such an important part of that journey, the two friends are getting together again to establish the REBUILDING LIVES Foundation a 501c3 non-profit organization.

The aim of the REBUILDING LIVES Foundation will be to use the resources of Woodland Building Supply Company, a major commercial and residential construction materials supplier and distributor, to help ex-offenders re-enter the workforce by updating, developing and expanding their skills in the building trades.

“We want to leverage our relationships with the construction industry to get formerly incarcerated working initially after they are released, to help them earn to provide for themselves and invest in their future, as they go back to school to earn high school GEDs and even further to college to develop professional careers,” says Larry Reese.

Jeff Copeland will help attract formerly incarcerated candidates to the program and Woodland will provide training and work opportunities, as well as sponsor awareness-raising events and programs.

“We see the REBUILDING LIVES Foundation as charity within in a charity opportunity. We’re exploring various opportunities with organizations like DonorsChoose.org and other charities where we can contribute labor and materials so the formerly incarcerated can ‘Do Well By Doing Good’ for others the same way we are doing good for them,” says Larry Reese.

Jeff Copeland adds, “It may just be small stuff like building book-cases for a school, or benches in the garden at a senior center, or picnic tables for a local park. But we want the work the formerly incarcerated do to be doubly meaningful. We want them to get the benefits of training, experience and a little money, while giving the benefits of their time effort and craftsmanship.”

Jeff Copeland acknowledges that his opportunity to become a credible spokesman for this cause came to him through The Reentry Support Project of Community College of Philadelphia’s (CCP) Fox Rothschild Center for Law and Society. For that reason REBUILDING LIVES Foundation looks forward to working closely with this acclaimed program and its Founder & Coordinator Tara Timberman.

An Associate Professor of English on the faculty of CCP, Timberman has worked extensively in the area of education, socialization and reentry of formerly the incarcerated into mainstream society. Part of the mission of the Woodland Building Supply sponsorship of the REBUILDING LIVES Foundation is to direct financial, training and employment resources to programs that can do the most good.

“The fact that the CCP The Reentry Support Project of CCP helped my friend Jeff Copeland turn his life around, and that it is literally in the middle of my primary business region, makes it the obvious choice as a long-term partner in the REBUILDING LIVES Foundation,” says Larry Reese owner of Woodland Building Supply.

We offer exceptional service and competitive pricing to the building trades, home remodelers, and commercial property managers in the Greater Philadelphia area, and beyond.